Those pesky critters that buzz by, causing us to dance and flap our arms when we are outside, are far more than a mere annoyance.  We don’t give these tiny powerhouses the credit they are due.

Native pollinators such as bees, butterflies, flies, moths, beetles, and bats are essential for human survival but their populations are in a serious decline.  Our fuel, food, drugs, and fiber are directly and indirectly taken from plants that depend on pollinators for their existence.  Some have estimated that one out of every three to four mouthfuls of food we eat results from the actions of pollinators.  Pollinated crops contribute an estimated $20 billion to our economy each year.   Native pollinators control the healthy function of our natural ecosystem.  The documented decline of native pollinators, as well as that of the introduced European honeybee, concerns the scientific community.  This decline results from the fragmentation and destruction of native habitats which has reduced the food sources for many native pollinators.  The traditional corridors of nectar- and pollen-rich plant sources have been destroyed by development and changes in land use.  Isolated habitats are further degraded by non-native and invasive species.  Misuse of pesticides and the introduction of non-native pollinators have contributed to the extinction of many of our native species.

The bright side of this issue is that we can help our native essential pollinator populations by choosing to plant nectar- and pollen-rich vegetation species that are native to a specific area that will provide nutrition and cover.  Remember to include plants that provide food for the larval stage and also to provide a water source.  The flowering plants that are native to your area have co-evolved along with their pollinators to provide the perfect combination of petal shapes, fragrances, and colors for their mutual benefit.  Make sure to plant a variety of native plant species of mostly perennials to ensure an appropriate and dependable supply of nectar and pollen for the bees, butterflies, and other pollinators throughout the spring, summer and fall.  Select nectar-rich species with clusters of brightly colored tubular florets and plant them in groupings rather than as individual plants.  Avoid cultivars of plants grown mainly to produce larger flowers as these often do not have the pollen or nectar that the pollinators require.  Bees are attracted to purple, blue, and yellow flowers and hummingbirds prefer red and orange flowers.  Try to include night-blooming varieties to attract bats and nocturnal moths.  Use pesticides sparingly or not at all.  Have patience, most perennials will take one or two seasons, with good care, to bloom.  Read more here>https://bbbseed.com/pollinators/about-pollinators/

Thoughtful plantings, whether in pots and containers or backyard gardens and a conservative, integrated pest management system, can create and establish a stable ecosystem that is pollinator-friendly. 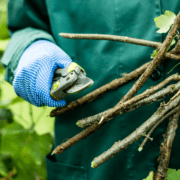 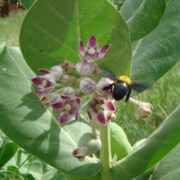 My Squash is Wilting

10 Reasons Why You Should Prune Trees and Shrubs

Worms in my Kitchen?Decorating with Wildflowers
Scroll to top